Autonomous or driverless vehicles were visible only in the movies but an increasing number of start-ups are now launching driverless cars at huge prices. The autonomous vehicle technology has already been embraced by a number of car brands including BMW, Mercedes, BMW as well as Tesla. In fact, even Apple is believed to have partnered with BMW for designing automated cars. In addition to this, auto companies are also planning to launch autonomous taxis by the year 2019. But, despite all the hype and developments, real autonomous cars are not going to be available for the public for at least fifteen years.

Even though the autonomous car technology has made impressive progress in the recent past, they are yet to move become 100% reliable. Apart from this, there are many other hurdles that autonomous cars manufacturers are facing in the form of insurance, regulation, legal liability as well as the car’s AI system ability to take a decision during a car accident or crash. In this article, we find out how far we are from witnessing 100% autonomous cars.

Autonomous Cars – Will they Hit the Roads or Not?

Automakers and governments around the world are investing huge amounts of money in the growth and R&D of autonomous cars technology. But, before these driverless cars hit the road, car manufacturers need to handle multiple ethical and technical issues, while also ensure the safety of humans on the street. Apart from this, there isn’t any clarity with regard to the economic demand or need for autonomous vehicles either. Even the public is largely suspicious of autonomous cars. In a recent survey that was carried out within the San Francisco Bay Area, around 46 percent of the individual expressed their willingness to ride a driverless car. As far as the autonomous vehicle technology is concerned, it is primarily required in sectors where clients need Artificial Intelligence-based solutions such as trucking. For example, the shortage of truck drivers for long distance routes is resulting in higher consumer prices as well as demand for driving driverless 18 wheel trucks.

Below, take a look at some of the segments where autonomous technology can play a pivotal role in the form of helping transportation companies in saving money and dealing with problems such as shortage of labor supply.

The freight transporting industry is ideal for autonomous technology disruption. As far as the U.S. is concerned, the country is already facing a shortage of labor for over 51000 drivers, which will continue to rise in the near future. This would result in low wages as truckers will be spending less time driving the vehicle. On the other hand, there is a surge in the demand for truck transportation owing to ongoing economic development as well as fast expanding e-commerce, which in turn is pushing more number of goods within America’s supply chain network. Given such a scenario, there is no denying the fact that autonomous trucks will soon become a hot market. The autonomous truck permits drivers to travel long distances while exercising complete control on the highways or by permitting one driver to take charge of a number of trucks. This way each and every truck driver follows the truck that is moving ahead of their vehicle. As many as three organizations including Embark, Starsky Robotics as well as Google supported Waymo are competing with each other to enter the autonomous truck market. In fact, they are also looking to develop proof of concept trucks that would haul an actual load on highway roads.

Delivering Food to the customers

Delivery of food is yet another prominent area where autonomous tech can be of immense help. With areas getting extensively congested, consumers expect quick delivery of their food orders. According to a report generated by McKinsey, consumers who preferred online shopping via websites or apps, with excellent transparency and convenience, expect a similar experience at the time of order for their dinner. The report further stated that online food order and the delivery segment will grow by almost 15 percent on annual basis by 2020. This growth will also be driven by the autonomous tech to a considerable extent. Today, several companies such as that of Marble, Robby, Starship Technologies and Kiwi are continuously testing small-sized robots for delivery foods across the U.S. These small robots do not occupy much space on the road or even in the traffic, nor do they emit any sort of greenhouse emissions. Apart from this, they require very little space for parking and deliver food right at the customer’s doorsteps. Thos not only results in quick and efficient delivery but also allows restaurant owners to save a huge amount of their money.

Marine transport is another area that could benefit from autonomous tech. It must be noted that companies like Rolls-Royce are now planning to deploy autonomous technology and AI to move their goods efficiently. As per the World Shipping Council, the container based ships move almost 2/3rd of the total world trade or over 4 trillion dollar worth goods. These ships are capable of transporting around eight thousand containers that hold more than a million dollars worth goods for every single run. This does not take shipping of liquid natural gas, oil as well as shipping of commodities like soybeans or wheat into consideration. As is the case with trucking, the shipping industry is also witnessing increased economic pressure, which would only boost the demand for autonomous tech. The shipping industry is facing a massive oversupply of vessels, which has further led to steady drops in the freight prices of huge boats of almost all types and classes. This has put fleet owners under massive pressure to minimize costs.

This is exactly where autonomous tech can come to their rescue. For instance, Shone is looking to turn their navigation system into intelligent machines that further take tides, currents, weather as well as winds into consideration that would eventually help mariners in picking energy efficient routes or courses. Since ships transport huge quantities of goods as well as consume a lot of fuel, an improvement of even 1 percent would produce enormous advantages.

To sum up, as and when autonomous food delivery, shipping, and tracking systems are established, autonomous vehicles will also find its way and replace the conventional cars eventually. 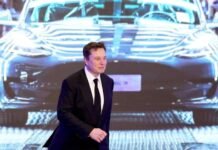 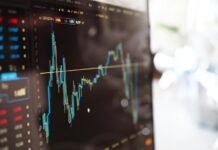 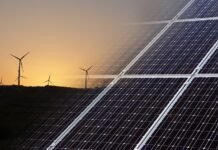 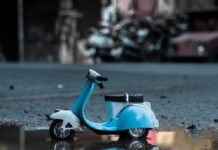 Is a rise in auto sales and demand a sign of economic growth? 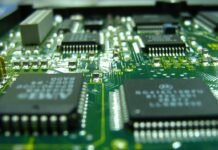