A Microsoft spokesman said that it was a bad experience for their customers. Gamers want to jump into the game directly from their curated catalog within the app like they do with a movie or song. We are committed to keeping gamers at the center of everything we do and providing a great experience that is the purpose of this mission.

Microsoft X Cloud is a platform that will allow users to play and access games. It is unclear for Apple and iOS whether X Cloud will be available. Microsoft is clearly unhappy with Apple’s new rules.

Microsoft’s X cloud gaming platform cannot launch on iOS due to Apple’s strict rules as Apple is under fire from several companies due to several rules in the App Store. If Microsoft wants the X clouds to be placed on ios or ipadOS then it will have to release all games on the App Store that will be reviewed by Apple. This would be a bad experience for his customers.

Gamers want to jump into the game from their expert knowledge catalog in an app like they do with a movie or song. This is all with the apple strict rules Microsoft is unhappy.

Related: “Contactless Yet Excellent Service” is the Future of the Hospitality Industry 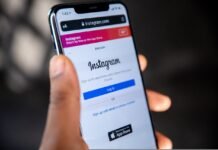