In the wake of recent corporate collapses such as Carillion (2018) and Patisserie Valerie (2019), UK officials have woken up to the idea that UK PLC is perhaps not as well governed as it used to be.

Corporate scandals have always punctuated the decades, and 2010 – 2020 was no different. However, what distinguished recent stories was the quick pivot by the press to the statutory auditor who signed off on their financial statements in the year before their collapse.

The causes of these corporate failures differ; Carillion over-extended its business and bet big on large, low-margin projects which stretched the companies finances to breaking point. Patisserie Valerie shareholders were the victim of corporate fraud, with five employees being arrested in connection to the events which took place. White-collar crime legal firms have been very busy over the last few years advising businesses on how to prevent similar scandals rocking their boat.

Each case presents a unique chain of events, but common themes remain. Businesses, which appeared prima facie to be solvent, were certified as a ‘going concern’ for at least one year by both their Management board and a firm of independent auditors.

Change on the horizon for board members

Officials decided that something must be done. Initially, this took the form of multiple consultations and industry reviews, led by respected members of the accounting profession.

In 2018, John Kingman published his highly anticipated Independent Review of the Financial Reporting Council which was published in 2018. This concluded that the FRC was not fit for purpose and needed an overhaul. Suggestions for sweeping reforms included statutory funding sources for the body (rather than levying a fee upon businesses) and more recruitment from outside the accounting firms. Kingman also suggested that the regulator might want to take a more proactive stance in spotting financial performance issues in businesses.

The Competiton & Markets Authority also led their own review of the audit sector, which has been plagued by accusations that an oligopoly has formed which reduces customer choice and value for money. This was published in 2019 with the following key proposals:

These proposals sent shockwaves through the professional services industry. The Big Four audit firms (EY, pwc, Deloitte and KPMG) have bowed to requests and have steadily begun the complex process of separating their audit and non-audit functions to comply.

Each of the reviews above invited comments from interested parties. These requests for comment resulted in hundreds of submissions that are publicly published.

Businesses worry that a higher level of regulation will increase audit fees and the costs of managing a large business in the UK. This could reduce the competitiveness of the UK as a place to headquarter a large multinational which would fall under enhanced rules.

Both the government and the regulators appear to be listening. Last week, sources within the government revealed to the Financial Times that extensive corporate governance reforms which were set to thrust a UK variant of the burdensome US Sarbanes Oxley upon UK firms have been scaled back.

It seems that the powers that be want to balance the need to protect investors with the desire to remain competitive, particularly in a post-Brexit world. 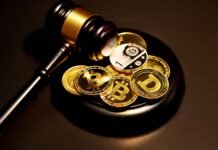 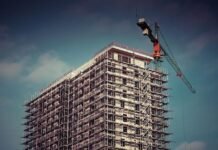 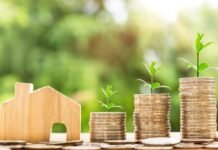