An FIR filed by the Delhi Police and proceedings in a case at the Delhi High Court alleges that GeneStore India, a biotechnology company, supplied “low-quality” and “unreliable” rRT-PCR testing kits for Covid-19 to various diagnostic labs across the country, offered bribes to diagnostic laboratories, and failed to pay their financial dues.

Did GeneStore India, a subsidiary of GeneStore SAS, France-based biotechnology multinational that launched the “cheapest” Covid-19 testing kits in the world last year, that claims to have supplied tests that screened 40% of all clinical samples tested at private labs in India, endanger public health in India?

A First Information Report (FIR) registered by the Delhi Police and a court case by two independent consultants based in Delhi alleges that GeneStore India supplied unreliable and low-quality Covid-19 testing kits to diagnostic labs across the country. The complaints also accuse Anubhav Anusha, GeneStore India’s Chief Executive Officer, and other executives of offering bribes to diagnostic laboratories and of not paying financial dues to their contractors.

GeneStore India is the Indian subsidiary of France-headquartered GeneStore SAS—a biotechnology company. GeneStore’s rRT-PCR (real-time Reverse Transcription-Polymerase Chain Reaction) test for Covid-19 was launched in India in July 2020, priced at Rs. 199 and delivering the results in just one hour.

Media reports described it as the “most affordable Covid-19 testing kit” on the market and stated that GeneStore’s test was being used to screen 40% of all clinical samples tested at private diagnostic labs in India.

A complaint filed to the Delhi Police’s Economic Offences Wing alleges that multiple labs have complained about the quality of GeneStore’s testing kit and the reliability of its results. GeneStore India’s executives “ignored” and sought to “pay off” employees and owners of diagnostic labs that brought these reports to them, the police complaint alleges.

The complaint that has been filed by two independent consultants who were contracted by GeneStore India and worked on launching, marketing, and developing a client base for the Covid-19 rRT-PCR kit, also alleges that the company violated their contractual agreement and has withheld their financial dues.

On 12 February, the Delhi Police’s Economic Offences Wing registered an FIR based on the complaint. The FIR against Genestore India, its directors Anubhav Anusha and Manavi Anusha, Goodwill Diagnostic, its director Avneet Singh and other unknown persons has been filed under sections 420 (cheating), 406 (Criminal Breach of Trust), and 120B (Criminal Conspiracy) of the Indian Penal Code.

In June 2020, GeneStore launched its rRT-PCR diagnostic testing kit for SARS-Cov-2 globally. Its manufacturing facility in India could deliver two million test kits every month, and the company also had another manufacturing facility in France that could deliver a further million testing kits per month. The kits were approved by both India and France’s medical regulators—respectively the Indian Council for Medical Research and France’s Centre for Natural Science Research.

In the complaint filed to the Delhi Police that NewsClick has seen, the complainants have included evidence of complaints relating to the quality of GeneStore’s testing kits by at least seven different diagnostics laboratories.

In one case, an email from a diagnostics lab asks that GeneStore “take back” 10,000 testing kits “due to quality concern.” In emails from two separate diagnostics labs, it is claimed that samples tested positive on other companies’ test kits were testing negative on GeneStore’s kit.

In screenshots of a WhatsApp text exchange adduced to the police complaint, one of the complainants—Sahil Khanijau—discusses a complaint he received from a hospital with GeneStore India’s CEO Anubhav Anusha.

The complaint from the hospital is regarding an issue with GeneStore’s diagnostics kit data from the result of a sample, reports Khanijau to Anusha. He asks if GeneStore can send a technical support person to the hospital to assist to solve the problem.

In a petition filed by the complainants before the Delhi High Court, an order by Justice Rekha Palli dated 17 December 2020 notes that the complainants Khanijau and Chauhan entered an agreement with GeneStore India, giving them the right of first refusal on any leads/projects/deals pertaining to the Covid-19 testing kit. According to the agreement all kits were required to be sold by GeneStore through the complainants’ leads.

The court order notes that while the agreement included a clause that specifically barred GeneStore India from circumventing or attempting to circumvent the provisions of the agreement and conduct sales through other channels, GeneStore had been selling its products through a newly incorporated company and a defunct company.

The court order notes that the complainants allege that they have been cheated of revenue to the tune of Rs. 2.5 crore.

Issuing notice to GeneStore, its CEO, and its directors, the Delhi High Court ordered that they not create any third-party rights in their assets to the tune of the amount alleged by the complainants to be due to them. In a subsequent order dated 25 January, the High Court appointed an arbitrator under the Delhi International Arbitration Centre, to arbitrate the dispute over dues and violation of the contract between the complainants and GeneStore.

The Delhi Police’s FIR records that the complainants have alleged that by supplying low-quality Covid-19 testing kits, GeneStore India endangered public health at the time of the global Covid-19 pandemic.

NewsClick has reached out to GeneStore CEO Anubhav Anusha for comment. This article will be updated with any response that is received.

Note: The author is an independent journalist based in Bengaluru. The views are personal. 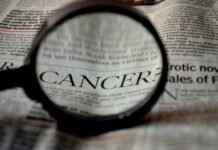 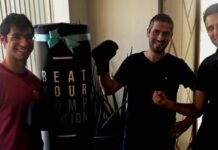 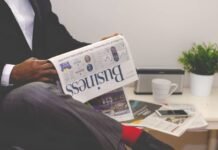