Why does Bangladesh need Saudi Arabia’s investment in the power and energy sector urgently?

With the aim of increasing bilateral trade and mutual economic cooperation, special attention must be paid to the ‘Middle East’. Bangladesh seeks cooperation in at least 12 sectors from the top ten countries of the Arab world or the Middle East to overcome the ongoing power and energy crisis, the impact of the Russia-Ukraine war […] Bangladesh approach ‘not to face Sri Lanka like crisis’

In recent times, one of the topics of discussion in regional politics including Bangladesh is the economic and political disaster in Sri Lanka. Since early 2022, this issue has been the subject of extensive discussion in both national and international level.  Bangladesh’s story is different from others The worsening economic crisis that Sri Lanka and […] China’s envoy to Bangladesh has applauded Prime Minister Sheikh Hasina’s leadership for building Padma bridge with the country’s own finance and described the Awami League-led government’s achievements in Bangladesh during the last decade as “extraordinary. Li Jiming, the Chinese ambassador in Dhaka, has lauded Prime Minister Shekh Hasina’s decision to proceed with the Padma Bridge […] Why Pakistan and Sri Lanka Must Follow ‘Bangladesh Model’? Why Bangladesh won’t fall into a crisis like Sri Lanka, Pakistan?

The South Asian Island nation, Sri Lanka is facing the challenge of the worst economic recession in history. Sri Lanka’s economy has collapsed. The facilities of the citizens are also being closed. Sri Lanka is going through a difficult time in the midst of political and administrative crises. The collapse of the tourism industry, the […] 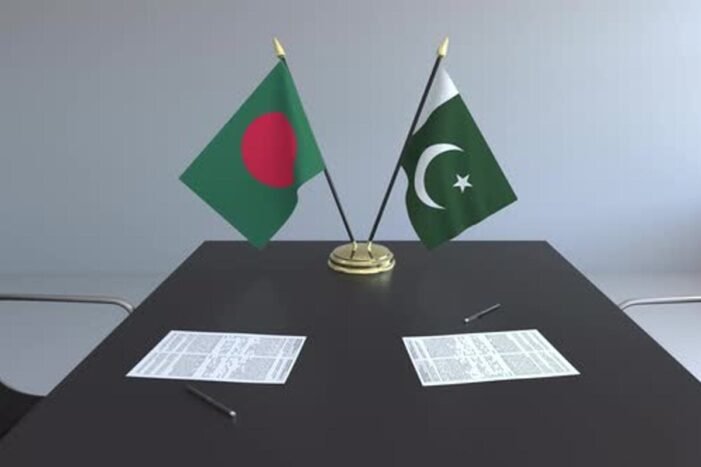 Why Does Pakistan lag behind Bangladesh?

Bangladesh recently celebrated its 50th founding anniversary. In 1972, Henry Kissinger, the US Secretary of State, described Bangladesh as a “bottomless basket” for an independent country. On the other hand, in 1976, Norwegian economist Just Faland and American economist JR Parkinson published a book from London called ‘Bangladesh the Test Case for Development. The book […] What Significance Banglaesh’s PM visit to the Maldives Carries?

In March 2014, Malé decided to close its High Commission office in Dhaka because of the reduction in the annual budget. At that time, Dhaka offered to pay the rent for the Maldives’ embassy office and bear other local official expenditures in Dhaka. Though the Maldives politely rejected this offer, this implies the closeness and […] Bangladesh’s Success Story: Why and How?

Bangladesh has improved its quality of life, economic strength and prosperity, education and research in every field. And that is why in the past Bangladesh was said to follow the developed countries to move forward, today the countries of Africa are being urged to look forward to that Bangladesh. No development in Bangladesh today is […] Bangladesh got its independence from Pakistan in 1971 after a bloody struggle. Pakistan had been exploiting then East Pakistan systematically and Islamabad’s economy was built on the money of the Bengali-majority areas. However, the newly independent nation of Bangladesh came into existence under the charismatic leadership of its great founding father Bangabandhu Sheikh Mujibur Rahman […]