The enactment of the Insolvency and Bankruptcy Code in 2016, (IBC) along with RERA ushered in a new era of regulation for the Indian real estate sector. Both these reforms strengthened the hand of homebuyers, giving them alternate forums to get justice. Homebuyers can now file claims before the consumer courts under RERA, and before the National Company Law Tribunal (NCLT) by invoking IBC.

The NBFC catastrophe in the second half of 2018 leading to a severe liquidity crisis for the developers added to their woes. The non-availability of the refinance window caused many under construction real estate projects to be stalled.

The IBC thus has been a matured step towards setting up a legal framework to adjudicate matters of financial failure and insolvency. The code attempts to end the regime of debtors who continue to be in possession of the asset and provide control to the creditor.

While the impact of liquidity issues was felt across all asset classes, the residential real estate was the most impacted. By the end of 2019, nearly 5.76 lakh units (launched in 2013 or before) valued at over INR 4.64 lakh Crores were among the delayed and stalled projects across the seven major cities in the country, according to ANAROCK Research.

To mitigate this impediment the government has initiated the Alternate Investment Fund (AIF) with a corpus of INR 25,000 Crore in 2019.

This move was directed towards stressed residential real estate assets under construction which are yet to be completed, including those that are declared Non-Performing Assets and have been admitted for insolvency proceedings.

The government’s SWAMIH Fund has already sanctioned INR 12,079 Cr for over 81,000 units across 123 projects in the country. The AIF created appears quite meagre in comparison to the quantum that is required to bail out several such projects. Today, there are several institutional investors who are actively funding such stressed projects, after extensive screening and prudence.

With the bankruptcy code getting more established across the country, the lenders are more secured and seen to be actively investing in stressed real estate opportunities. Industry estimates that over USD 1Bn has already been invested in such opportunities. Many corporates that are burdened with heavy debt are being agile and exploring options to liquidate their prime real estate assets.

Since the inception of the provisions for corporate insolvency resolution process (CIRPs) on December 1, 2016, a total of 4,008 CIRPs across various sectors had commenced as of September-end 2020. Of these, 473 have been closed on appeal or review or settled, 291 have been withdrawn, 1,025 have ended in orders for liquidation and 277 have ended in approval of resolution plans. At present 1,942 CIRPs remain, for which banks and operational creditors are seeking resolution.

As per data by the Insolvency and Bankruptcy Board of India (IBBI), there has been a steady increase in the number of CIRP cases over the last four years. Of the total 4,008 cases since inception, real estate accounts for nearly 20% share or approx. 793 CIRPs as of September-end 2020. Of these, over 50% or approx. 398 CIRPs have already been closed while 395 remain for which banks and operational creditors are seeking resolution.

Thus, the bankruptcy reform has sought to rebalance the rights of lenders and shareholders of defaulting firms so that the fear of loss of ownership and management control would force the promoters in deciding a rescue package. The buyers and creditors today may have avenues of seeking legal intervention and reliefs to secure their debts and investments liberally from these bodies, the solutions need to be expedited and implemented.

The IBC was one of Modi government’s biggest reforms since December 2016 which brought badly-needed clarity into India’s bankruptcy framework. During the course, it changed the definition of ‘financial debt’ and permitted even individual homebuyers to invoke IBC to commence CIRP against a developer. Effectively, it put homebuyers at par with other secured financial creditors such as banks and institutional creditors.

On the flipside, this amendment was misused by some miscreants because even a single complaint by one homebuyer would drag the concerned company into insolvency cases. In various cases, this clause was seen to be detrimental for many developers and the project in concern.

However, in late 2019 a new amendment was further made to the IBC which set a caveat for homebuyers to file an insolvency case against errant developers. As per the new rule, a minimum of 100 buyers or 10% of the total homebuyers (whichever is minimum) can now file for bankruptcy. While its pros and cons on both homebuyers and developers is debatable, it is good for certain developers who had been unnecessarily dragged into insolvency by just one individual.

Further, Section 12 of the IBC (Amendment) Act 2019 mandates that CIRP of a corporate debtor must conclude within 330 days from the insolvency commencement date including any extension of the period of the CIRP granted and the time taken in legal proceedings in relation to the resolution process. Additionally, if the CIRP of a corporate debtor has been pending for more than 330 days, it has to be completed within 90 days from the date of the amendment.

As on September end 2020, nearly 1,442 cases of the 1,942 ongoing CIRPs had exceeded the 270-day timelines, while 349 cases exceeded 180 days. However, in 2020, these timelines were relaxed due to the COVID-19 outbreak wherein the nationwide lockdown period – approx. 68 days – has been excluded while calculating the overall number of 330 days.

In short, homebuyers now have the same powers as banks and institutional creditors. Prior to this amendment, homebuyers’ recovery status was vague at best. Only banks and other lending financial institutions had any real claim and rights of recovery in a developer’s assets when liquidated as part of the bankruptcy process. 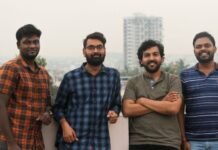