FEW OF THE WORLD’S MOST MEMORABLE BIOMATERIAL FAILURES

The human race has made miracles in the field of science. From finding cures for ailments to now being able to have successful organ implants, we have made tremendous progress. One of these miracles is the invention of biomaterial.

So, what is a Biomaterial?

A biological or synthetic substance which can be introduced into body tissue as part of an implanted medical device or used to replace an organ, bodily function, etc is called a biomaterial.

But for all of our successes we are after all humans, and humans tend to make mistakes. So here are a few of the world’s most memorable biomaterial implant failures. Abbott’s cardiac pacemakers detect when the heart is beating too slowly and send a signal to the heart to make it beat at the correct pace.

The FDA issued a Class I recall of these pacemakers in August 2017  because of the risk of serious injury or death. The devices had a risk of electrical shorts that could result from moisture getting inside the devices Abbott blamed the defect that allowed moisture to get inside some devices on incomplete mixing of an epoxy during manufacturing.

About 465,000 units of the pacemakers were recalled. However in July 2019, FDA requested that Allergan recall all BIOCELL textured breast implants and tissue expanders marketed in the U.S. based on newly submitted Medical Device Reports (MDRs) reporting worldwide cases of BIA-ALCL (anaplastic large cell lymphoma) and BIA-ALCL-related deaths associated with these devices. Allergan’s Natrelle BIOCELL products were shown to be six times more likely to cause BIA-ALCL in comparison to other textured implants on the market.

Hence, Allergan was forced to recall 246,381 of these devices. DePuy Orthopaedics, a Johnson & Johnson Subsidiary introduced Articular Surface Replacement systems, a Hip Resurfacing implant. However, in 2010 DePuy Orthopaedics recalled its Articular Surface Replacement systems from the worldwide market after receiving data that indicated the devices were failing at an unexpectedly high rate. Implants from the company’s ASR XL Acetabular System and ASR Hip Resurfacing System were implanted in more than 93,000 people worldwide and 30,000 people in the United States.

The issues that arose from the DePuy Orthopedics product lines has resulted in a number of product liability lawsuits over their negligently designed and defective products, many of which have now begun to settle. 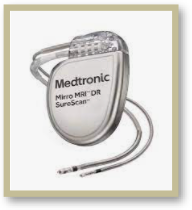 Medtronic introduced dual chamber IPGs which are implanted cardiac pacemakers used to provide stimulation to increase heart rate in patients with a slow heart rhythm (bradycardia) or no heart rhythm.

In February of 2019 Medtronic recalled its dual chamber implantable pulse generators (IPGs) due to the possibility of a software error that can result in a lack of pacing. A lack of pacing could result in patients experiencing slow heart beating, low blood pressure, and symptoms such as light headedness, fainting and even death. The recall impacts Medtronic’s Adapta, Versa, Sensia, Relia, Attesta, Sphera and Vitatron A, E, G and Q series IPGs. 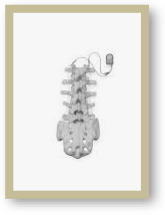 Zimmer Biomet had developed implantable stimulators that are typically placed in patients during surgery to help heal broken long bones or to accelerate the healing process following spinal fusion surgery—a type of surgery where two or more vertebrae are fused together so that they may heal into a single, solid bone. Once in place, the stimulators send a low-level electrical signal to encourage the body’s natural bone healing process.

However, Zimmer Biomet had to recall 1,360 of its bone growth and spinal fusion stimulators due to a lack of adequate validation and controls to ensure that the final products did not contain bacteria and chemical residue.

The FDA has classed the recall as a Class I due to concerns about the adverse health consequences that the products may have caused patients. This includes serious side effects such as infections, tissue death, additional surgery for wound treatment and/or device removal, impaired wound and bone healing, the need for long-term antibiotic therapy, swelling and infection around the spinal cord, paralysis, and damage to other organs or death.

Related: HOW WOMEN ARE LEADING THE BIOHACKING MOVEMENT