Are you looking for an investment that provides regular income? High paying dividend stocks can be a good choice.

A dividend stock distributes a portion of the company’s earnings regularly to investors. Dividend stocks in the United States pay investors a set amount each quarter, and the top ones increase their payouts over time, giving investors a steady stream of income.

Since dividend-paying companies tend to be well-established, dividend stocks may also add some stability to your portfolio. This is one of the reasons they’re listed among our low-risk investments.

The major oil and gas companies have had a rough seven years. Due to the crash in oil prices in 2014, many energy companies slashed their dividends to stay afloat. The exception was Exxon Mobil. Despite the near-term decline in the company’s profits, the company maintained its generous dividend. Furthermore, Exxon Mobil kept investing heavily in new oil, gas, and refining projects.

In recent years, most auto stock traders have focused on electric vehicle companies. It’s understandable. In the emerging EV space, there has certainly been a lot of activity and new product launches. However, traditional automakers not overlooked. Customers, dealership relationships, and global supply chain and logistics footprints already exist for these firms. In fact, some quite advanced in terms of their electric vehicle capabilities. Among the first successful hybrid vehicles was the Toyota Prius, which was introduced by the Japanese manufacturer. Toyota announced earlier this year that it planned to launch 15 electric vehicles by 2025.

In general, technology companies don’t look like big dividend payers to investors. In mature technology companies, there are exceptions. With its large and stable semiconductor business for personal computers and data centers, Intel is a cash cow. Despite not being huge growth markets, these businesses remain stable and have benefited from the recent pandemic. To augment its core business, Intel has used its prodigious profits to move into other, more futuristic fields.

One of the largest defense contractors is Raytheon. Raytheon formed as a result of the merger of United Technologies and Raytheon. Several businesses were spun off from that entity, such as elevators and air conditioning. The company is now focused on aerospace, drones, satellites, and cybersecurity. In part as a result of the defense industry malaise, Raytheon has seen its value slip well below the S&P 500 as a whole.

Johnson & Johnson produces products people need, such as healthcare products, through its portfolio of excellent brands. Besides Band-Aid, Neutrogena, Tylenol, Zyrtec, Benadryl, and Johnson’s brands (among others), Johnson & Johnson operates successfully and steadily in pharmaceuticals and medical devices, which has allowed it to increase its dividend for 58 consecutive years. It has proven that this diversity across consumer health brands, pharmaceuticals, and medical devices is unmatched and has proven to be a massive profit generator.

For 2022, it might seem too late to buy the next dividend stock on the list. The stock of JPMorgan has advanced about 25% in 2021 and trades near all-time highs. Don’t overlook the fact that the core business of the biggest U.S. bank has grown as well. Banks such as JPMorgan are having a great time thanks to a booming housing market, rising stock market activity, and a favorable interest rate environment.

Westpac also looks promising when it comes to international banks. It is a leading bank in Australia. Its shares have fallen from $20 to $15 in recent months. The price of key Australian commodities like iron ore has fallen as a result of China’s economic weakness. The Australian economy, in a significant way, impacted by inflation and global growth. Investors have stopped emphasizing inflation in the past quarter and instead focused on rising interest rates and an economic slowdown.

Financial services companies like American Express are another great place to find top dividend stocks. Despite not being a Dividend Aristocrat, AmEx has raised or maintained its dividend through all economic cycles. During weak economic times, higher-income consumers are less likely to default on their debts, thanks to its high-quality lending standards. It is therefore a reliable source of dividends for long-term investors as well as a safe investment.

The company isn’t the only one that offers an attractive monthly dividend for 2022. There is also Realty Income, a real estate investment trust. Owners of triple net lease properties hold a variety of properties primarily for retail and industrial purposes. The building is home to tenants such as 7-Eleven, Walgreens Boots Alliance Inc. (WBA), and FedEx Corp. (FDX).

Renewable energy is often considered a growth investment, but it’s also a wonderful dividend investment. Utility-scale wind and solar assets owned and operated by Clearway Energy. These facilities owned and operated by the company, which sells the power on very long-term contracts to utilities. It’s a wise idea to opt for Clearway Energy if you want a safer, lower-volatility renewable power source. 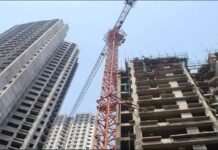 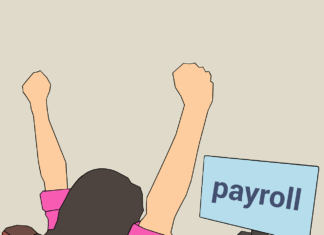