Feminism or the word feminist is nowadays getting more and more popularization. Feminism means giving equal opportunities to all genders, specially women. The goal of feminism is to challenge the systemic inequalities which women faces on a daily basis either in their own family or at their workplace.

Feminism is to protect the rights of women as well as girls. It lead to fill the gaps and ‘break the stigma of the narrow minded people who divides the work, create distinguishes between male and female.‘ The feminism came in many waves, the First-wave feminism of the 19th and early 20th centuries focused on overturning legal inequalities, particularly addressing issues of women’s suffrage. The Second-wave feminism was during 1960s–1980s debate that included cultural inequalities, gender norms, and the role of women in the society. The third-wave of feminism was from 1990s–2000s which diverse strains of feminist activity, seen by third-wavers themselves both as a continuation of the second wave and as a response to its perceived failures.

In the country like India, where the patriarchal system still exists. The system implies that only male member can be the owner of the land or properties. The discrimination with women still some how exists on the basis of education. Apart from these, there are few common factor like abortion of the child on the basis of sex which exists in some parts of India Today also. These discrimination are sometime like injustice to the women and Because of all these things, feminists involve.

Still, it is wrongly understood by Indians as female domination rather than equality. India is in it’s developing phase but, still the mentality of few narrow minded people haven’t developed yet. Here feminism is no doubt, very important because, today also society thinks that a girl is a burden on her family, her family members suffers a lot because of her. A woman is not a burden and marriage should not be the only reason for her existence. As per data, Every year over 2 lakh girls are killed before their birth. Thousands of women die due to variously exploitation on her, sexual harassment Dowry. These are mainly in some western and northern states of India.

In many Indian households, males and females are treated differently; education, as well as nutrition or food for boys, is mostly prioritize. Because of that , they neglect the girl. There is also some stereotype thinking, that Women in many Indian families will eat at last after serving to her family members.  This discrimination is showed in the data released by the government, which says that, almost 50 per cent of teenage Indian girls are underweight and 52 percent are anemic. Here, feminism is needed.

We have seen above that how feminism or the feminist are playing an important role in giving equal rights to the women’s but, nowadays because of various complications, it is going to other track. Are the girls taking advantages of feminism? This question is now taking place in everyone’s mind because of the current scenario. Many men thinks that the women are taking unfair advantages of Feminism and due to that they stuck in a problem. Women rights are given for protection and these days women are using it as a shield to make the victim sound as their culprit.

Now a days, women takes unfair advantage of feminism to target men or humiliate them. Not all, but few women do the wrong thing by own and they go to the police station to file a wrong or fake complaint as they think that no one will ask her, everyone will believe women only. The ‘feminism’ is getting into a wrong direction and giving a wrong impression in the society. If we take an example of case from India itself then it is the ‘Amity Noida case’. An absolutely horrifying case is from Amity University, Noida(Uttar Pradesh), where two girls not only asked a gang of 25-30 goons to beat up the victims brutally over a lame parking argument but filed a false molestation case on them due to that, one of the victim has been declared dead and one is still fighting for his life in ICU. This case shows that how that women has taken an advantage of feminism.

Not only this case, there is very recent example of same case of misuse of feminism in India. The case of Lucknow. Few months back, There was a Video trending on social media that a woman is physically assaulting a cab driver in Lucknow, Uttar Pradesh.. The woman stated that, the cab driver tried to hit her when she was crossing the road but the truth was something else. The CCTV footage revealed that, the cab driver, who was initially speeding, pulled the brakes at the zebra crossing, right in front of the woman. This case was nothing but just a misuse of feminism, the rights given to the women. Not only this, the woman used her gender for gaining sympathy and for her benefit. The public assaulted the cab driver on the spot.

Women empowerment or feminism is not that women can do anything wrong and whole society will come to support her.. Still few women are not getting it that, it is a concept that is meant for equal opportunity and social standing of all genders in context to the intersectionality’s that affect the access of each individual. The real feminist never support these kinds of unfair did.

‘Not all but few of them, missuses the laws to grab attention on one of the most commonly used platforms ‘Social Media’. Humanity and goodwill is still alive and many humble men will happily end their life to protect the honor of a woman and will always stand up for genuine women’s causes and suffrage.

In 2017, #MeToo came to public attention—hip-hop/rap surpassed rock for the first time as the most widely consumed genre of pop music. Talking about the music, the Americans tune the music which demeans and hyper-sexualizes women. Model and actress Emily Ratajkowski, for example, made news when she was arrested at the U.S. Senate Building during an anti-Cavanaugh demonstration. She stated that she was arrested protesting the Supreme Court nomination of Brett a man who has been accused by multiple women of sexual assault,” she tweeted. There was a statement by Ratajkowski that, the men who gives pain to a women, shouldn’t be given any power. She has started her career by dancing nude in an R&B music video, arousing the male libido that fires the “rape culture” which she disapproves.

Because of all these publicity stunts, people thinks that, these Feminists Are Demoralizing the men.
It can be stopped only if police or the investigation take place accordingly. Without evidence no one should be declared as victim. If any one is filing a false case then, verification should be done before arresting any men.
Many Feminists or the women who are much associated with Feminism, they behave that they are the superior they can do anything they can treat men as worst. Sometime, day declare all men rapists and bad. Everyone should have to understand and realize that Feminism is for equality of both men and women it is for giving equal rights and opportunities.

Indeed, feminism has changed everyone’s life, showed a path to all the women who were legging behind because of typical narrow minded people of our society. It’s very important for every women to know about feminism and they should know how to use their rights and right time to be feminist. Taking unfair advantages of Feminism, will only led to hatred and will create a situation of more violation and also will lead to biasedness.

Also Read: Intimacy in India: How it is empowering women 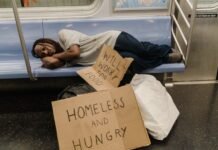 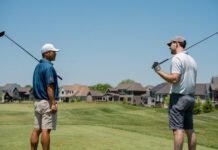 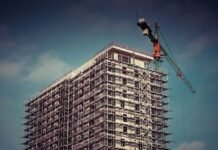 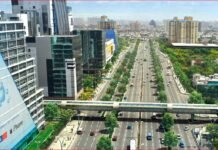 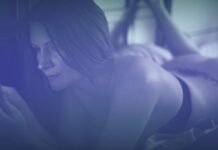 Intimacy in India: How it is empowering women 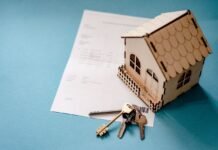