The NDA govt led by PM Narendra Modi raised the legal age for marriage to 21 for women in India.

Child marriage is an age-old tradition causing hindrance for women across the country.

Furthermore, at the time of the survey, 15-19-year-old women were already pregnant or mothers.

Will the rise in legal age for marriage for women abolish child marriage practices?

Mahima, a 16-year-old from Bihar, was married under the Covid umbrella.

She says while expecting her first child, “the schools were closed, I had nothing to do at home. Moreover, you don’t get such an ideal groom that easily these days.”

“He brought me to Delhi, he works as an AC fitter and I have taken up a job in a beauty salon.”

Child marriage acts vs. increase in legal age for marriage

As per a report by Pew Research Center, various countries have a legal marriage age of 18 for both genders.

While in 1978, the Child Marriage Restraint Act aimed to increase the legal age for marriage to 18, the primitive practice of child marriage continues even today.

The legal age for marriage for women in the 19th century began anywhere between the age of 10-15 years.

However, in 2006 the govt of India replaced the Prevention of Child Marriage Act with a motto of abolishing child marriage.

The increased legal age for marriage will bring women afoot with men and motivate them to build their careers.

Even so, as women across India rejoice, various experts believe the proposed legislation may turn out as futile.

While experts contemplate the proposed legislation, the increased age for legal marriage for women is an instrument for the country’s growth.

As women become empowered and focus on their careers, the economy is bound to benefit. 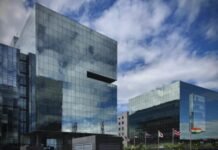 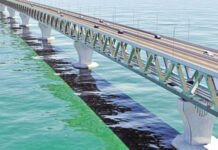