What are the Weird Laws from Around the World? There are a lot of bizarre laws from around the world that we must follow. Some laws are hard to believe to be real or even necessary, but others are so strange they seem to be unreachable. Laws are essential for every country, state, city, and even community in the modern world. For a nation, the law is essential since it establishes a standard of conduct for its citizens.

Furthermore, they play an important role in preventing crime and ensuring the smooth functioning of society. In contrast, certain laws around the world can be absurd, illogical, weird, and even humorous. Here are 10 weird laws from around the world.

1. Section 32 of the Salmon Act of 1986 stipulates that it is an offense to handle salmon in suspicious circumstances.

According to this section, it is an offense to receive or dispose of salmon in England and Wales with the belief or reasonable basis to believe that the salmon has been illegally fished. Two years of imprisonment is the maximum punishment.

The context may make the law seem less strange, but even so, being arrested for suspicion of holding salmon is pretty funny.

2. You cannot let your chicken cross the street in Quitman, Georgia if you own any chickens

It basically stipulates that chicken owners must always be in control of their flock. Obviously, this makes sense when you think about the dangers of letting animals roam, but the specificity of the law about chickens not crossing the road makes it even funnier.

Since Gainesville, Georgia, mandates that chicken with skin on must be eaten with bare hands, the state feels strongly that their chicken is sacred. Avoid touching them with your fork. Apparently, chicken is so revered in its hometown that it deserves its own transport safety law.

3. If a donkey is sleeping in your bathtub after 7 p.m., you’re in violation of the law

An Arizona public menace law was enacted in 1924 after a court case. Merchants once allowed their donkeys to sleep in bathtubs. During a dam break, a local donkey was swept down the valley and a mile from the town. Locals spent a lot of time and effort to save the donkey. Shortly thereafter, the law passed.

4. The second most populous state in Australia prohibits anyone but licensed electricians from changing a light bulb

A valid license was required to change a light bulb under Victorian law. By taking your light into your own hands, you were fined 10 Australian dollars.

Although the Electricity Safety Act of 1998 was revised in 1998, it is still active today. Under Order in Council G17, Change a Light Bulb and Remove a Plug from a Socket are specifically exempt from this requirement, according to a spokesperson for Energy Safe Victoria.

5. According to Italian law, people must smile at all times, except during funerals and at hospitals

Who is this tall, lanky guy? You have to smile in Milan because the law says so. Regulations from the Austro-Hungarian era have been followed ever since.

People attending funerals, hospital workers, or those caring for sick loved ones, were exempt. Nobody should be glum for the rest of us, as we have an excellent alternative. There is probably no law on earth that is as strange as this.

This is a controversial one. Florida has never enforced this law and it is certainly a forgotten law. A text like this probably dates back to the 1800s and has been forgotten ever since. As of right now, it remains unclear why this has ever become law or has ever been rumored to become a law.

7. Turin, Italy, prohibits pet owners from not walking their dogs at least three times a day

Under a new law from Turin, Italy, dog owners who do not walk their animals at least three times a day may face a fine of up to 500 euros. Throughout Italy, stray dogs are protected by law and many cities have stray cats.

Police in Turin relies on tipsters to identify neighbors who commit cruel acts. Animals are protected most strictly in Turin. Goldfish in bags are even banned at fairgrounds.

8. Scotland requires that you let someone into your toilet if they knock at your door.

Yes, this means by law you can suggest to them that it is illegal to refuse you access to their toilet if you need one. The law is, however, questionable because how can we suggest people open their doors to anyone? Several publications around the world have listed this as Weird Laws from Around the World, but no context behind it was found.

9. Forgetting your wife’s birthday is illegal in Samoa

Lie to your wife about her birthday in Samoa and you will get more than just the silent treatment. There is no way to predict the length of your sentence, but maybe a little time apart can help you think through how you can make it up to her.

10. Sarpourenx made purchasing a burial plot a mandatory requirement before death

In this French town, people wantonly died and then expected to be buried, which caused some problems. In an edict from the mayor, it was prohibited for people to die in the city until they had purchased a plot in a local cemetery. Anyone who dies anyway will face severe punishment. However, the kind of punishment you give the dead is still unclear. 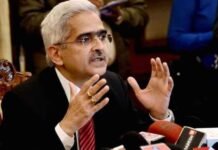